A Brief History About Us 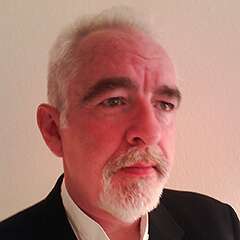 WPO founder and architect Chris Freeman has been building websites since the early 90’s. Chris started to build websites with many configurations, continually testing to find the best way to optimize them. Operating then as 4SITE, Chris was pioneering SEO, WAP protocols and optimizing website performance pre-Google.

When Google did come along with its new search engine system, 4SITE hit the ground running. By the time “Search Engine Optimization” (SEO) became a recognised term Chris’ foresight was paying off. In the eyes of his peers, and clients, he appeared to transcend from clever Internet guy to “genius”.

Naturally, Chris started doing more SEO work and found that the best foundation to build these websites on, was his own unique system. Over time, testing and developing, he streamlined his system to provide the best foundation for building high-performance websites. Boosting all SEO efforts on-page and off, including PPC, for his clients.

For further development, Chris found himself in need of some capital which led to a new path as he opened access to some of his proprietary systems to a select few SEOs and designers. Before long he was a one-man support desk with a passion for helping others succeed.

The feedback was incredible, his new streamlined system was outperforming competitor websites consistently, and more people wanted access. Not only was Chris getting an impressive reputation, despite efforts to stay in the background, the rest of the team were also gaining authority in the field of web performance optimization.

The original system had unbelievable performance and design options. However, as Chris had primarily developed it exclusively for his own use, the back-end UI was not very pretty, and some more complex elements were not always intuitive. He also had to consider how to prepare for growth. So, he had planned to rebuild it and make it user-friendly with a cleaner, more intuitive UI, and gradually scalable.

After going through the research and testing to further enhance the new version, Chris realised that everything was about to change again. Google were planning to completely switch over to Mobile-First Indexing, which would begin a whole new chapter of the Internet. Now a veteran of adapting online as everything adjusts, Chris also predicted that, due to the advent of Mobile-First Indexing, certain Web Vitals would be used to set a new minimum standard as a major ranking factor, where seriously better performance and UX would no longer just be recommended by Google, they are now required.

Rather than try to re-work the traditional method of coding, Chris went back to the drawing board. Starting from scratch, he created a system that would not only succeed his original, but pioneer a new path of Ultra-Performance that was technically prepared and ready for the major changes coming up, due to the advent of Mobile-First Indexing, Core Web Vitals, GA4 and Web Performance Optimization.